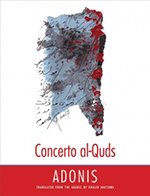 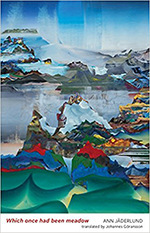 GC Waldrep on Where once had been meadow, by Ann Jäderlund (transl. Johannes Göransson). Black Square Editions, 96 pp., $25. 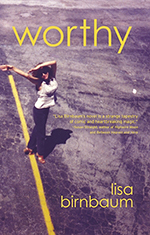 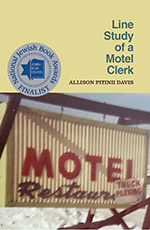 Where once had been meadow, by Ann Jäderlund (transl. Johannes Göransson). Black Square Editions, 96 pp., $25.

Khaled Mattawa’s stunning translation of Syrian poet Adonis’s Selected Poems (Yale University Press, 2010) was a major literary event—far from the first translation of Adonis’s work into English, but without doubt the most elegant and comprehensive. Mattawa has followed up with a translation of Adonis’s book-length cycle Concerto al-Quds, first published in Arabic in 2012. “Al-Quds” is the Arabic name for Jerusalem, and Adonis’s Concerto comprises a polyphonic hymn to a city that exists as much in the mind or heart as on the ground. All the earmarks of Adonis’s prior verse are present here: the lush, often surreal imagery; the sense of the poem (especially the long poem) as an antiphonal project; collage; and the tokens of Adonis’s erudition, a tide-bearing flood of allusions to Christian, Islamic, and Middle Eastern history and literature (glossed extensively by Mattawa in an appendix). Structurally, this Concerto is a bravura performance: no twentieth- (or early twenty-first-) century poet has been as diligent or ambitious in organizing the fragments of sensual and epistemological perception as Adonis. But there is also something distancing about this late work, which (like Jerusalem itself, in Adonis’s estimation) might be figured as “A stage play directed by the all-wise, the almighty.” The shards of lyric expression remain beautiful, in moments astonishing, but anyone familiar with Adonis’s work in either language will feel as if we’ve seen these shards before. In its virtuosity and its remove, in its crystallization of experience into image and memory (ultimately into a recognizable pantheon of style), Concerto al-Quds resembles the late work of Milosz. Or of Eliot—an Eliot, perhaps, whose “heap of broken images” has resolved not into the famous unifying image of rose and fire that closes Four Quartets, nor into that phantasm of a shattered London that undergirds The Waste Land, but into the chaotic variegation of a living city. “Welcome to Nothingness, our King!” Adonis apostrophizes at one point: this teeming poem is hurled into the vibrant vacuum of place, history, and destiny that is Jerusalem.

Swedish poet Ann Jäderlund has considerably less international reputation than Adonis—though she is much-lauded at home—in part because her poems, consisting primarily of slender, compressed, sonically precise lyrics, are so difficult to translate. Johannes Göransson, who has worked wonders with another Celan-influenced Scandinavian poet, the spooky and bracing Aase Berg, offers a first volume for English readers. Something about Jäderlund’s precise, sometimes jagged minimalism reminds me even more of Kay Ryan, or the terser lyrics of Jean Valentine, than perhaps Celan. One might term these poems domestic exteriors, as in this untitled example:

It’s not an accident that Jäderlund has extensively translated Emily Dickinson. Jäderlund’s lyric voice is even more hypnotic than Dickinson’s; in her use of repetition and refrain it evokes other American poets, especially John Taggart and the Michael Palmer of Notes for Echo Lake. Since this is a bilingual edition, it’s also worth pointing out (and praising) Göransson’s remarkably sympathetic ear for the inherent sonorities of both languages. But it is Jäderlund’s pervasively feminist sensibility that makes this collection memorable, the ways in which pronouns (the speaking “I,” “you,” “we,” “he”) bear the deepest weight of unspoken and unspeakable experience, even as they cluster about their sensual pageants of nouns. Jäderlund is a poet to savor alongside not only Berg and Inger Christensen, but also Plath, Sexton, Pizarnik, Mistral.

Brief essays situating poet and/or work would have been welcome in either of these volumes. (I assume Mattawa defers intentionally, if implicitly, to his magisterial introduction to Adonis in the Selected Poems.) Both, however, represent major additions to Anglophone poetry.

Worthy, Lisa Birnbaum’s debut novel, invites the reader to sit at a bar with Ludmila and hear her life story. “You don’t have to speak,” she tells her unidentified listener. “Only let me speak, one who has to put words like paint on a wall, over and over . . . . Our time is coming when we finish and the painting will be worth to look at, maybe not beautiful, but worthy.” At turns charming, seductive, childlike, dreamy, and regretful, Lude tells a story that is indeed worthy of the listener’s time and attention: she has married more than once, had a child but lost him (though not as you might expect), has run a number of cons with a washed-out academic, traveled and lived the high life for a time, submitted herself to abuse, stripped for a living, then sang for a living, and now manages strippers in a Tampa nightclub. Originally from Eastern Europe, she speaks with a pronounced accent that Birnbaum manages very well.

Lude came to the U.S. as a young woman, at the invitation of a lover she met in Europe. Theodore, a burnt-out academic, would become the major love of her life. And they would have a good run, even some breathtaking adventures, but, as with everything in Lude’s world, nothing so good lasts for long. At bottom, her tale is one of survival and may strike the reader as a twenty-first-century take on Moll Flanders. Although not as glib and saucy as her literary predecessor, Lude tries to keep her humor: “I . . . wonder what is happening that somebody wouldn’t like to laugh. Do you think they haven’t a laugh to give?” Like Flanders’s tale, Lude’s story illustrates how difficult it is for a woman to make her way alone in a world run by men. In spite of the kindness of strangers, Lude must use her charm and her wiles to survive. Like Flanders, she even flirts with prostitution, but only the hardest reader would find fault with this.

Lude’s world may seem oddly out of time. There is, for example, no mention of cell phones, pop cultural icons, or anything similar to mark this story in America’s recent history. Nonetheless, Lude mentions a few dates that place most of her story in the 1990s. The timelessness mostly serves her well, however, because the story ranges widely in time, returning at intervals to Lude’s anonymous listener and the here-and-now, whenever that is. There is also, wrapped in this free-floating atmosphere, much philosophizing that doesn’t need the boundary of time. With an existential bent—including more than a few paraphrases of Camus—Lude explains why we need to flirt or cheat or love the wrong people and why we can’t help anybody until we help ourselves. And so, from her bar stool, she almost seems to mock us when she asks us, “[N]ow what are you doing in your darkness? Anything has added up according to destiny?”

Allison Pitinii Davis’s Line Study of a Motel Clerk reads like a multi-generational immigrant family epic compressed artfully into sixty-four pages of free verse poetry. Set in Youngstown, Ohio, a former steel town, the poems are populated by characters whose emotional and intellectual lives consistently transgress familiar narratives about their demographics and environment. The poems themselves combine a straightforward attitude and plainspoken diction with a sophisticated lyric sensibility.

Davis imbues her characters and their stories with a romance that feels archetypal and individual at once. In “The Heart Of It All + A Free Beer,” which was anthologized in Best American Poetry 2016, she writes:

My mother waits up
for my father who works at a motel
that never closes, that gives customers
the heart of whatever they’ve come for
plus a free beer with every room.

Yet even as she communicates the particular romance of her own family’s story, Davis interrogates our culture’s broader tendency to romanticize working-class labor. In “A Conversation With America About Small Businesses,” she writes of “The politicized space between the pen and the line” where checks are signed, where American identity and success are negotiated under threat of violence. And in “The Motel Clerk’s Son Drives Out to Check on Business,” where we’re told “The last employer in Youngstown is the weather,” Davis is mindful of how the local economy’s decline effects those already living on the city’s margins, as symbolized by a radio signal that

runs from the West Side
widows prescribed shock treatment
after their husbands fell dead
on the lines to the East Side workers
who trained their white bosses then got the slip.

The sharp line breaks and cutting tone of such poems serve as a critical counterbalance to the warmth and hilarity of the family narrative woven throughout the book, which would otherwise verge on sentimality.

It seems appropriate to acknowledge that a gap exists, or is widely perceived to exist, between contemporary American poetry and the cultural space of the rustbelt trucking motel. This gap and the tension it entails become palpable in poems like “Language Loosens Back,” where Davis writes “I just want to get along, so why’d I tell my father / to stick his ballot up my cunt? My therapist says I yell at him / because he only takes me seriously when I yell.” While Davis acknowledges the difficulty of navigating such a cultural distance, she never depicts her family members or the hotel’s other denizens in stilted or reductive terms.

In the poem “Falls in Love, or Reads Spinoza,” which refers to the great Jewish philosopher of the Enlightenment, Davis writes,

I am far
from my father working
the motel night shift, yet I remember him reading
Spinoza over the hum
of the beer cooler, remember my father phoning
to say, ‘Spinoza says
we can’t recall what we forget or forget what we recall:
we are not free.’

Here we see the eponymous Motel Clerk, rather than the poet, as the voice of intellectual and cultural tradition, inciting her (and us) to face the ethical complexities of our memories, our heritage, our lives. It is this insistence on rendering her family and the rest of Youngstown not only with love but with the the greatest possible cultural, political, and philosophical complexity that makes Line Study of a Motel Clerk such a rich lyrical portrait.