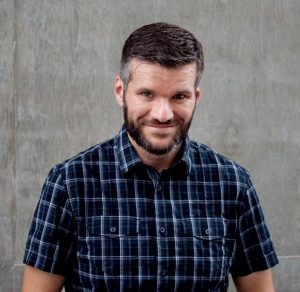 For many years, I worked as a literary magazine and small press editor, bouncing around a variety of roles at a variety of different publications before eventually ending up as the founding editor of the online magazine The Collagist and an editor at Dzanc Books, positions I held simultaneously until 2014 or so, when I started teaching full-time. So it’s been a few years since I last actively acquired stories for a magazine, and I’m grateful to West Branch for giving me the opportunity to do so again.

Probably the truest joy of being an editor was finding new-to-me writers in the submission pool, an experience which often bloomed into a longer engagement with a writer’s fiction, both in my magazine and also in the pages of others where I eagerly searched out more of some writer’s work. The two writers whose stories I solicited for this issue—Sarah Norek and Kate Wyer—were among my favorite contributors to The Collagist. I published both of them three times, I believe: Sarah’s story “Jockey,” which appeared in our third issue way back in 2009, was the second story I acquired out of the magazine’s submission pile; and Kate’s two-part “Land Beast” appeared over multiple issues, and is probably the piece that I published there that I’ve talked about and shared the most in the years since.

We very rarely solicited anything at The Collagist, but I did curate all the fiction that appeared in my last issue as editor, and both Kate and Sarah were kind enough to give me stories then too.

It didn’t occur to me until writing this introduction, but it’s been almost exactly five years since I last asked Sarah and Kate for new stories to read—and once again they immediately responded not just by agreeing to send me something, but by exceeding my expectations with the work.

What is it that attracts me to these two writers? For starters, they are both incredible writers of prose, whose ability to play language as an instrument never fails to surprise, charm, or stun. I can still remember the feeling of my first encounters with their sentences, and in the years since I have grown no less susceptible to their powers.

I also think they are both deeply perceptive writers, with unique forms of attention: in the two excerpts from Kate’s novel-in-progress “Girl, Cow, Monk,” nearly every sentence conveys the intense connection with the natural world that for me has always been a hallmark of her work; and in Sarah’s story “A Whale, a tree, a vine,” there’s her characteristic deep plumbing of difficult emotion and experience combined with what has always read to me like a boundless compassion for her characters.

I could go on and on, but I know I shouldn’t: every new word of mine you have to read is a word in the way of you reading Sarah Norek and Kate Wyer. So let me stop here.

Go, read, enjoy—and then keep looking for anything else you can find by these two incredible writers. I’ve been doing just that for years now, and they’ve never once failed to thrill me, as I hope they’re about to thrill you.