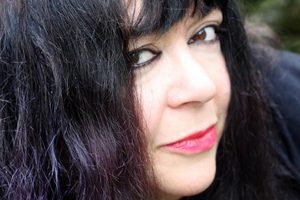 I am honored to serve as guest curator for this edition of West Branch, and to introduce two younger poets whose work is representative of ostensibly opposing grooves in contemporary American poetry.

Justin Danzy’s poems exhibit a profound loyalty to the linear narrative. This loyalty is not a simple temperamental preference; it signifies a faithfulness to people, to family archetypes, whose stories offer up parables of faith and faithlessness that are unsentimental and deeply shadowed. Grandmother dies, as grandmothers do, but this one “pulled her corpse up to smoke a cigarette/on the back porch before consenting to being/zipped up in a bodybag.” In another poem, grandmother, in her wig and winter coat, enacts Solomon’s claim in Ecclesiastes that “all is smoke.” The third poem, set in Uganda, epitomizes the underbelly of Danzy’s point-of-view—self-awareness unfolding into self-critique. His speakers are anti-heroic, and therefore, useful, not saviors but pilgrims who stumble, and are unmasked in their stumbling. “Of course I’m romanticizing this boy,” he writes in the poem “I’ve walked many miles in wrong belief,” “and the man I paid 200,000 shillings/to leave his family and be my chauffeur for the week. /What else did you expect from me?” If there is redemption here, it is in the fierce details that defy abstraction. The body in the coffin, “cheeks…painted…like minstrelsy,” “the hand’s claws…trimmed to unthreatening lengths,” must be an imposter. That bewigged, smoke-infused spirit is too alive to lay inside a wooden box.

Jane Huffman’s poems, on the other hand, (or is it the same hand, really) are the work of a formalist for whom form echoes both the structure and entrapment of the self, which clambers for the ornament of selfhood even as it is usurped and unwound. Sonnet-ing, sestina-ing, is a kind of performance, in this case a performance of self in a package that wants to come undone, and indeed performance lives at the center of all three of these poems, and much of Huffman’s work. These are diction-heavy poems, a voice punning, sparring, iterating, establishing character, breaking character, uncovering, recovering, and music-making. [I] “bowed/like the bow of a viola against a body,” she writes in “Of Habit,” a poem which ends with the wish to be habit’s habit, a mirror’s mirror, (and also a nun’s attire). There is something of the savant child in this speaker, humming to herself as she makes extraordinary patterns of her miniature glass animal collection, a hermetic self, lonely, weaving and unraveling her own word-shroud. There is wit here, too, akin to Dickinson’s side-eye. For instance, in “Sestina, Spiraling,” a form built on repetitions, her first line declares, “I won’t repeat myself.” In the same poem, the stages of grief are literal stages, performed upon in grief’s matinee, “the matinee of self meeting self,” where she is actor, audience, stage right, stage left. A diorama of self, spiraling. I will leave readers to their own delight in Huffman’s third poem, “Chasteness, a Gesture.” Suffice it to say it may suggest a portal out, an expansive starry night beneath the mask of self-portraiture.

The differences between these poets’ strategies and strengths are obvious. The common thread—and probably why I am so compelled by their work—is the self, whether in the context of story or song, in restless, lonely contemplation of itself.

Diane Seuss was born in Indiana and raised in Michigan. She earned a BA from Kalamazoo College and an MSW from Western Michigan University. Seuss is the author of the poetry collections Still Life with Two Dead Peacocks and a Girl (2018); Four-Legged Girl (2015), finalist for the Pulitzer Prize; Wolf Lake, White Gown Blown Open (2010), winner of the 2009 Juniper Prize for Poetry; and It Blows You Hollow (1998). Her work has appeared in Poetry, the Georgia Review, Brevity, Able Muse, Valparaiso Poetry Review, and the Missouri Review, as well as The Best American Poetry 2014. She was the MacLean Distinguished Visiting Professor in the Department of English at Colorado College in 2012, and she has taught at Kalamazoo College since 1988.